An Open Letter to Giacomo Tachis

I never met you but I wish that I had. I know you only through the magnificent wines you created over the course of your career such as Sassicaia, Tignanello, San Leonardo and Terre Brune. These wines continue to serve as the cornerstones for my own evolving palate. Like the great classics of literature, these are the wines every critic should know by memory, down to the last chapter heading and plot twist, if they are to faithfully recount the narrative of vino italiano.

There is one pressing question I wanted answered more than any other. There is a lingering doubt - an unresolved mystery - that you have taken to your grave. It's the key to everything I know about Italian wine and it is the answer I search for with each sip I take - whether it be from the Dolomites in the far north of Italy or from the lonely plains of Sicily in the deep south. It is the unresolved enigma that lies at the heart of the modern Italian wine identity. Only you can answer my question and now you are gone.

Mr. Tachis: Was it all by design?

I know that you are a protagonist in Sicily's transformation from a quantity to a quality-based wine philosophy.
I wrote about your contribution here a few years ago: Sicily, a Love Letter. 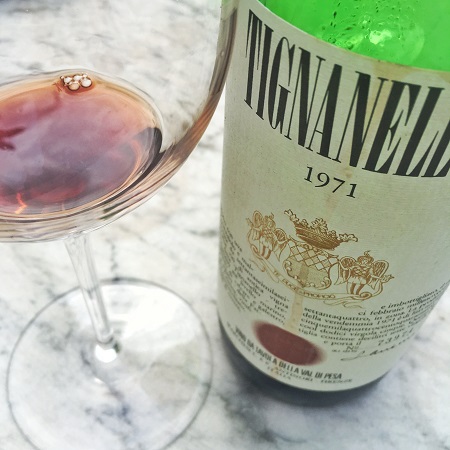 "The Sicilian winescape truly came into focus in the 1990s and the new millennium. These are the years of the "Sicilian Wine Renaissance". Perhaps the single event that sparked this shift away from mass wine production to class production was the arrival of consulting oenologist Giacomo Tachis. Diego Planeta called the man credited with creating Sassicaia and asked for his help. Tachis knew that international markets recognized French varietals like Cabernet Sauvignon, Merlot, and Chardonnay. He also knew that Sicily would have no difficulty making excellent expressions of these grapes. Once the foreign consumer could equate quality wines with the "Sicily" brand, island producers could then slowly start to introduce little-known indigenous grapes like Nero d'Avola, Grillo and Inzolia. The Tachis plan proved correct and brilliant."

My question is whether you applied this same approach to all of the Italian wine regions you worked in, not just Sicily? Was this your vision for the entire peninsula? Was it your intention to prove the potential of a territory with the great grapes of France so that doors would open to Italy's indigenous varieties? Was it your vision that the iconic super Tuscan wines would one day become territory-specific wines linked to places like Bolgheri and Chianti Classico? Did you foresee that Italian wine would become symbolic of territorial and varietal expression? Did you know that this would become the modern "brand" of Italian wine? Did you do this all by design?

Giuseppe Garibaldi is one of the men credited with forming a united Italy. He is the so-called "Father of the Fatherland" who championed the Risorgimento. It would not be exaggerated to say that you created a vinous unification that saw all of the diverse Italian regions fall seamlessly together as one. You are the founding father of Italian wine. You are its Garibaldi. And now, you are gone.

Hoping to spread a little holiday cheer in these difficult times, it is our pleasure to present some of the competing drawings from the 2021 Spirito di Vino cartoon competition.

In the spirit of Italian wine discoveries, it is my pleasure to present five of my favorite bottles tasted this year. These are not necessarily my highest-scoring choices, but they are the wines that stand out most in my mind as I look back over my 2021 tasting experiences.