Eiji Onoyama has an extensive history with Japanese cuisine: after the Kyoto-native graduated from the local Kyoto Cooking School, he joined the esteemed Kikunoi restaurants. There for nearly a decade, Onoyama was a part of the team when the Kyoto location earned three Michelin stars, and was selected as head chef for the Tokyo location opening, which he describes as a pivotal moment of his career. Kikunoi Tokyo would later go on to earn two Michelin stars.
In the fall of 2016, Onoyama was asked to come stateside for the grand opening of Kenzo in Napa Valley, the first U.S. restaurant from Kenzo Estate owner—and Capcom founder—Kenzo Tsujimoto. (Tsujimoto also has four restaurants and tasting rooms in Japan.)

“I love that Kenzo Napa transports you to Japan without needing a passport, traveling thousands of miles, or experiencing jet lag,” says Onoyama. “It’s truly groundbreaking to offer an authentic upscale Japanese dining experience here in the Napa Valley.”
At Kenzo, Onoyama brings forth an authentic taste of Japan via two kaiseki menus, one of which is centered around sushi; each menu is priced at $225 per person with service included.
A daily selection of sashimi, crustacean sushi and rotating chef specialties can be found on the sushi kaiseki menu, while items like straw-smoked bluefin tuna sashimi with grated daikon and shiso leaf, as well as roasted Sonoma duck breast with sesame tofu and wasabi-infused dashi gelée can be found on the kaiseki menu. Fish is flown in daily from Tokyo’s famed Tsukiji Market.
“Our guests are also happily surprised at how well the dishes pair with the Kenzo Estate wines,” he adds. The entire Napa Valley collection, as well as other wines from California, Spain, France, and Germany, a variety of sakes, and Coedo beers are also on the beverage list. Located on a quiet corner of Pearl Street, the 27-seat restaurant designed by Tsujimoto’s wife, Natsuko, is less than 10 miles from the estate.
Less than a year in business, the chef experienced great destruction and loss with the recent wildfires that ripped through much of Northern California’s wine region. “Thanks to the amazing efforts from first responders, the Kenzo Estate and Kenzo Napa teams, the winery and the vineyards were unharmed,” expresses Onoyama. “The resolve and unity of the Napa Valley community and support from visitors has been resounding. Though it was quiet in the weeks after the fires, guests are making their way back to wine country and we’re proud to welcome them at both the winery and restaurant.” 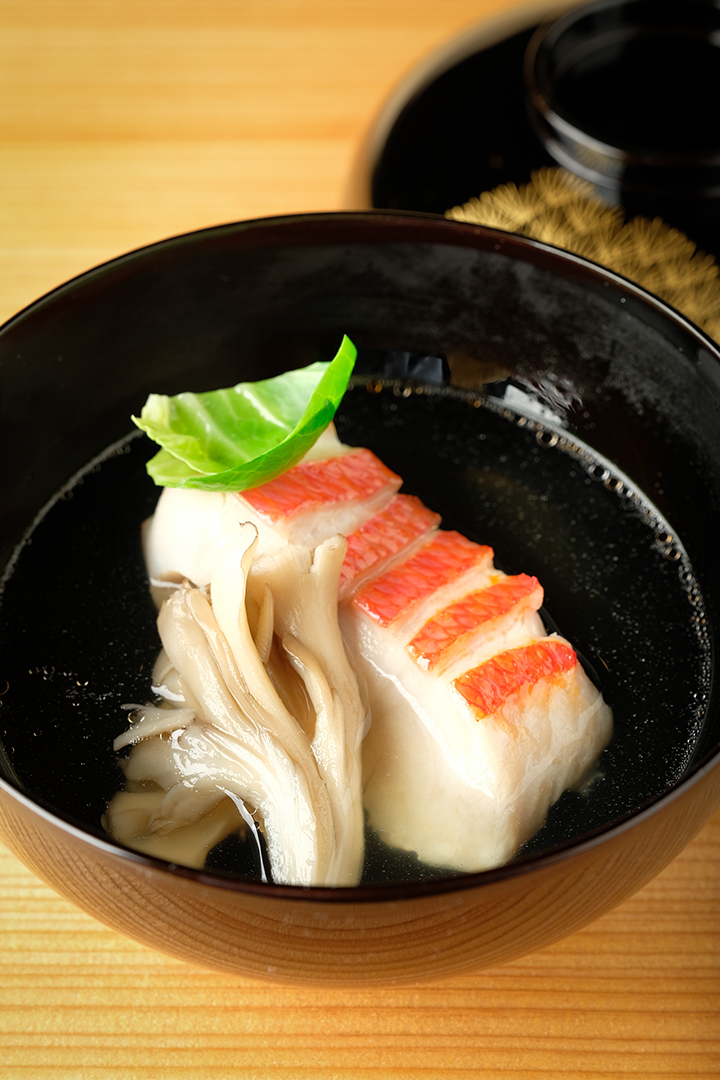 Back in business, Onoyama wants to continue to teach both team members and diners alike the importance of Japanese dashi broth. “It’s a unique flavor that’s very different from typical American fare,” he says. At Kenzo Napa, Onoyama steeps rishiri konbu seaweed from an island off of Hokkaido and bonito imported from Japan’s Kagoshima province into fresh spring water from Kenzo Estate. “The finished broth yields a delicate and complex umami flavor, and it’s something that we are very proud to share.”
For the upcoming year, Onoyama is looking to innovation in the kitchen, with new ideas and unconventional approaches for dishes, all with the help of his staff. “We would like to attract and wow both guests from the United States and those who travel from Japan.”

“I’m inspired by simplicity and authenticity while highlighting the finest ingredients that are in season in both Japan and the Napa Valley,” he states, firmly. “We also have a differentiating aspect at Kenzo Napa in that we have our own wines from the estate to pair with our menus. We keep that in mind when selecting our preparations, ingredients and wine pairings.”
Photos courtesy of Bob McClenahan.