How to Make an Irish Coffee at Home

It’s said that the cocktail dates back to the 1940s, when Joe Sheridan, head chef at the restaurant and coffee shop in the Foynes Airbase Flying boat terminal building in Ireland’s County Limerick, wanted to make a drink that would cater folks visiting from the United States. Enter San Francisco Chronicle travel writer, Stanton Delaplane, who grew great affection for the drink while passing through the airport, challenged San Francisco Buena Vista cafe owner, Jack Koeppler, to recreate it when he returned; the North Beach favorite has been serving them ever since.
Like most favorite cocktails of Yore, the humble Irish cocktail is made with only a few ingredients: a good quality coffee, sugar, cream and a great Irish Whiskey. 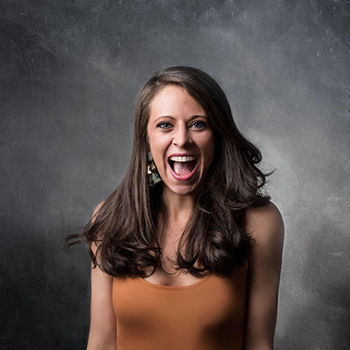 “To be Frank, Irish Whiskey is really hard to sub out,” says Pamela Wiznitzer, creative director of cocktail haven Seamstress in New York, and president of the United States Bartenders’ Guild. “Its phenomenal fruit notes really complement the coffee.” Using a Bourbon or Rye could make the drink be too sweet or too oaky, respectively.
Just as important as the Whiskey is the coffee and sugar. At Buena Vista—Wiznitzer’s favorite when it comes to the Irish coffee—two sugar cubes are used. “They dissolve it in hot water and build the coffee out of there. It’s awesome,” she says.

Wiznitzer, whose autobiography includes being on the opening team of New York City powerhouse, The Dead Rabbit Grocery & Grog, remembers the first time she made an Irish coffee. “It was with Dale DeGroff in 2012,” she says. “We used good, rich demerara sugar, which amplifies the Whiskey in the glass—it’s a lovely, unrefined sugar that’s darker and pairs much more beautifully.”
Though she typically uses Slane, a small-batch new to the scene out of County Meath, Wiznitzer says larger brands like Teeling and Tullamore Dew—also used at Buena Vista—make excellent replacements. “Tullamore Dew has two new expressions out, an XO finished in rum barrels offering banana and tropical notes, and their cider cask, which adds a fun dimension,” she says. “And if you want to go super fance, Red Breast is always great.”
Home bartenders shouldn’t be wary of any clotted cream mishaps when preparing the cream float—Wiznitzer swears anyone can do it. “The trick is to dry shake it to the point where it still has the ability to move around—that’s the sweet spot. Usually 10 to 20 seconds will get you there. You know you’ve done it well when it layers beautifully on top when you pour it out of the vessel.” For another dimension of flavor, Wiznitzer has added flair by way of orange zest, or freshly grated nutmeg and cinnamon. “You can get a little creative.”
Wiznitzer also suggests to also making sugar syrups as opposed to sugar cubes: “Sometimes it’s harder to dissolve,” she says. “The less volume the sugar syrup, the more room for the other ingredients. Who doesn’t want more Whiskey or to sip through more cream? It’s a nice pick-me-up.”