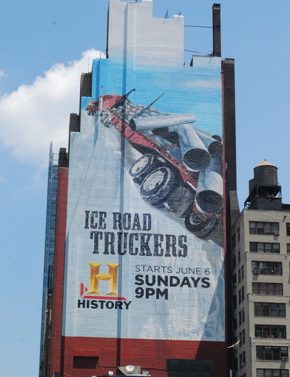 ...and the darkness becomes consciousness as daylight and heat stream through the dust-stained window and the hubbub below becomes louder and louder and rifling through my battle scarred suitcase I throw on random garb ‘n grab a street map and exit into the metropolis that carries me bobbin’ down Canal Street to raggedy shops selling tacky souvenirs: “I Heart New York” t-shirts and Empire State key-rings and faulty SIM cards and then up to West Village festooned with rainbow flags where I stop to order a “coiffee” but Mr. Greek, he don’t understand a word of my English form of English and gives me quizzical eyes like some alien has just parked his titanium UFO in the lot outside and I telepathize into his grey matter: don’t-push-me-cos-I’m-close-to-the-edge, but eventually I’m served my yolky eggs over easy whilst two SoHo ‘boho’ chicks head-to-painted toe in vintage threads jabber about what’s nu on the art scene and a Jewish son takes frail old father for morning “coiffee” and an Italian student covered in Michelangelo-designed tattoos discusses the prospects of USA against Ghana as if the fortunes of a nation hinge upon the World Cup and I think:

hey, am I in West Village or West Ham and so I pay the bill and the guy still looks at me as if I am speaking Esper-bloody-ranto and so I keep a-promenading via liquor shops and heading north I spot a gigantic billboard promoting the 349th series of “Ice Road Truckers” and for the life of me I cannot understand why anyone would sacrifice sixty minutes of their life watching a program about cuckolded bearded men juggernauting over an iced-up lake and so I walk through 42nd past Giant Pretzel vendors manning their sizzling grills; packs of Latino girls with attitude to spare and Japanese tourists taking photos of people taking photos and all the time the mercury rises and I’m feeling dizzy with heat and so I stop for a crushed blueberry juice and drop into Sherry Lehman by Central Park where I examine their wares and chat to the blond assistant about wine and wine and wine and wine and then back down Madison through Union Square where I flop onto a park bench in the shade and watch life go by: rolling-blading attorneys that are 55 going on fifteen and laughing tots cooling their milk and dark chocolate skin under the hydrant spray and I stop to watch the match on an outside screen, wish the USA luck as the ball hits the back of the wrong net and you can almost hear the puncturing of American dreams and interest in the World Cup deflating in unison and then back to the hotel where I rest for nanosecond before a 4x4 picks me up and whisks me to Westchester for a soiree chez Leo F and I am forewarned: Leo...he’s a crazy Croatian who’ll give you a big hug and sure enough my NBF, the hyper-energetic Croatian is hugging me like his long-lost brother and welcomes me to his humble abode and introduces his friends whose names I forget and he’s mandhandlin’ a jero of Chevalier-Montrachet ’88 and I take a few notes and with jetlag (the sequel) rearing its ugly head I say: “Leo, Leo, man, I need a bed” and so he takes me upstairs to his daughter’s lair and I crash out for half an hour to recharge the batteries and then I descend downstairs and find myself drinking some weird Spanish shit that is quite refreshing if you like bio-hazardly oxidized vino and then we leave not too tardy following New York tail lights back to my hotel where slumber tells me that its time for head to hit pillow...

1988 Louis Jadot Chevalier-Montrachet Demoiselles Grand Cru 93
Tasted from a splendid 3-litre bottle, the Demoiselles ’88 has a taut, mineral rich bouquet with traces of honeysuckle and Kaffir lime, the segues into a supremely well balanced palate with night perfect acidity. The lightness of touch reminds me of the Bienvenue ’88 from Ramonet, though this Jadot does not have the same precision. Yet there is a delightful touch of acacia honey towards the poised finish and then length is deserving of a Grand Cru. This still has many years ahead. Drink now-2020+ Tasted June 2010.

2000 Domaine Ramonet Puligny-Montrachet 1er Cru Champs Canet 90
The nose is fresh and perhaps just a little oaky at the moment, though I suspect that a couple more years will see it subsumed. Scents of oyster shell develop in the glass, dandelion, freshly sliced lime. The palate is very well poised, much more zesty than I anticipated with white peach and a faint hint of hazelnut. Good balance with superb tension on the finish. Very fine. Drink now-2018. Tasted June 2010.

1999 Domaine Raveneau Chablis 1er Cru Montee de Tonnerre 92
Tasted from magnum, this has a taciturn nose at first that demonstrates that toffee accent that I personally do not like on Raveneau’s wines. Touches of greengage, fresh conference pear and a hint of beeswax develop and the nose begins to freshen in the glass. The palate is well balanced with good acidity, dried apricot, lemon rind, a touch of crushed stone, the oak prominent on the finish but ebbing away with further time in the glass. Lovely. Drink now-2018. Tasted June 2010.

1959 Louis Jadot Beaune 1er Cru Clos des Ursules 90
From a double magnum no less, the ’59 Clos des Ursules has a youthful appearance. The nose is still fresh and sharp, hints of dark cherry, cold black tea, a touch of dried herbs and dill. Good definition. The palate is medium-bodied with very fine definition, perhaps a little angular and it does not have the length of a truly great ancient Louis Jadot. Yet it has admirable poise and focus, tensile and refreshing. Drink now-2015+ Tasted June 2010.

1993 Domaine Marquis d’Angerville Volnay 1er Cru Champans 82?
This Volnay is rather disappointing: very autumnal on the nose with wild mushroom, chimney soot and decayed leaves, the fruit having vanished a few seasons ago. The palate is a little raw with sharp acidity, rather tinny and sharp towards the finish. This feels as if it is on its way out which is perplexing given the brilliant Clos des Ducs ‘93. Tasted June 2010.