It could be the presence of an illustrious guest from Essex or it could be Robert Parker’s altruism. Whatever the reason, we were spoilt by some exceptional wines chez lui whose theme was the epochal vintage that put him on the map, the pivotal vintage that ushered Bordeaux into the modern era: 1982. Subsequently the vintage has become venerated from all quarters and rendered practically unimpeachable, akin to badmouthing Pet Sounds, Citizen Kane or Essex.

Although I did not appraise the 1982 Bordeaux out of barrel for alas it did not form part of the First Year curriculum at Westcliff High School for Gentlefolk, through tasting this vintage time and time again I cannot help feeling that it is compromised by the simple fact that its naissance came too soon after the nadir of the 1970’s.

In the early 1980’s, there were more gestating ideas rather than praxes. The mantra of low yields was far less prevalent, the concept of declassifying selected vats or parcels of vines was practiced only by a select, pioneering few and technological improvements were either not invented or unaffordable. Crucially, in 1982 many of the incumbent winemakers were the same that had flagrantly used chemicals and mechanical harvesters in the 1970’s. Bordeaux was in dire need of new blood and this long overdue transfusion was waiting in the wings: Denis Durantou, Anthony Barton, Jean-Michel Cazes (at Pichon-Baron), Hubert de Boüard de Laforest, Marcel Ducasse, Michel Rolland et al. They had learnt their lines and were awaiting their cue to take centre stage.

I am not disparaging the entire 1982 vintage, but I have found that bona fide quality is confined to a smaller number of wines than more recent vintages such as 2000 and 2005. On this evening, the wines served by Bob evinced that at its apex, his promulgation out of barrel was completely vindicated for at this dinner, five of his six Bordeaux were about as good as wine can get.

The only chink within the insuperability of six Bordeaux 1982’s was the Château L’Evangile 1982 that was commendable but in my opinion, not as great as L’Evangile 1985 or 1990 for it was bereft of real persistency and depth on the mid-palate and finish, perhaps a little “formulaic”. It was surpassed by two elixirs either side: Château Trotanoy 1982, that was quintessential Pomerol with its engaging sous bois aromatics and savory-tinged palate bolstered with the tannins and length to suggest another twenty years of life. 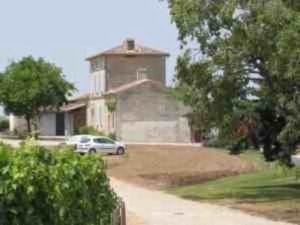 The Château Lafleur 1982 was an extraordinary wine, one that stylistically I feel belongs to the “Robin” era more than “Guinaudeau”, although really it belongs to the pro tem “Moueix” era since Christian and his right-hand man, Jean-Claude Berrouet oversaw the 1982 and 1983 following the passing away of Thérèse Robin. It was undoubtedly an impressive wine with a spellbinding nose that grabbed you by the nostrils and demanded a lifetime of submission, but the palate was so tannic and backward that I am convinced that the 1983 and 1985 should remain your Lafleur of choice until circa 2020. Is it the Latour 1928 of the Right Bank? Bare in mind this bottle had been kept in perfect conditions chez Bob, it stands to reason that bottles with peripatetic tendencies may taste more forward and paradoxically, perhaps more enjoyable to drink at this stage?

What can I say about the three Left Bank 1982 First Growths: Messrs. Margaux, Mouton and Latour. All fabulous: Margaux the most approachable of the trio, reaffirming my view that the Margaux 1983 is superior (until the next time I taste it, then I may change my mind.) The Mouton-Rothschild 1982 remains a “Gina Lollobrigida” of a wine: ravishing, opulent, decadent and the sole reason for the glycerine shortage that year; the Latour 1982 its more serious, straight-laced cousin: tannic, backward, austere, regal and at present unwilling to share a joke.

Latour may eventually become a better wine than the Mouton Rothschild 1982, but it is half the fun.

So we have Trotanoy, L’Evangile, and Lafleur; Margaux, Mouton-Rothschild and Latour 1982’s: an imperious sextet that attest to the greatness of those wines rather than the vintage. Were I to play devil’s advocate, I might serve: Clos l’Eglise, L’Eglise-Clinet, Vieux-Chateau-Certan; Palmer, Pichon Baron and Pontet Canet; châteaux that thereafter produced astounding wines – but not in 1982.

Things are never quite as black and white as they first appear.

Before I leave the subject of 1982 may I propound one other factor that often fails to be mentioned: provenance. All six were impeccably stored but in reality, unless you are fortunate to have purchased the wines en primeur or managed to purchase a case ex-cellars; the 1982’s procured on the secondary market have more stamps on their passport than any other vintage. The fact that many of the bottles served by Bob were so backward, tannic and almost primordial was in part due to their storage and others I have encountered, especially Mouton-Rothschild 1982, have been more forward, less tannic and variable. Caveat emptor: buy from trusted sources.

I will briefly mention the wine either side of the 1982’s. The three Californian Chardonnays were all pleasurable, especially the Peter Michael Winery’s “La Belle Côte” 2003 that had more minerality and poise than the others. The Marcassin 2000 (from their own vines rather than bought in) seemed rather under the weather, although I must admit that this was our first acquaintance. The Château Coutet “Cuvée Madame” 1986 served at the end of the evening was very impressive, very unctuous and like the 1982’s very primal even after two decades. I would leave any bottles for another five to eight years.

So, there we have it, my first article proper for Robert Parker and what do I do: slate the 1982 vintage.

But that is just the way I see it. Let me reiterate the sentence in the opening paragraph: “the pivotal vintage that ushered Bordeaux into the modern era”. The crucial word is “ushered”. The 1982 vintage broke the mould, set a benchmark that had been lacking for many years and indeed it remains a benchmark that many justifiably still use to determine great Bordeaux. Certainly if the First Growths 1982’s were pitted against the 1986, 1990 or 1996 they would probably triumph and these wines have galvanized opinion of the vintage. But outside this élite, numerous châteaux woke up too late to make the most of the favourable growing season and consequently there is less consistency across the board when compared to the likes of 2000 or 2005.

Winemaking changed, in no small part because of the crack team of top 1982’s whose quality illustrated to laggard’s what could be achieved if they put their mind to it. Great wine, great reviews, great prices, greater incomes, greater investment and a greater chance to make a 1982 if you missed the opportunity to make one in the year itself.

2004 Aubert “Quarry Vineyard” Chardonnay 90
A deep lemon hue with green tints. The nose is understated with noticeable creamy new oak but with admirable freshness and definition, yet at the same time rather one-dimensional. The palate is full-bodied, primal and leesy, with notes of tropical fruit, coconut and lychee. A well-crafted Chardonnay compromised with just a little too much new oak.  Drink from 2007.

2003 Peter Michael Winery La Belle Côte 92
A light lemon hue. The nose is sophisticated, full of minerals and freshly cut lime and citrus fruits. Very good definition and lift with well-integrated new oak. The palate is very well balanced, very focused with apple, lime and grapefruit. Lovely poise and very harmonious: this is my type of Californian Chardonnay.  Drink from 2007-2014.

2000 Marcassin Chardonnay Marcassin Estate 89
The first Marcassin I have tasted, but rather outplayed by the Chardonnay from Peter Michael. The nose is a little muffled with scents of baked green apple and a touch of pear. The palate is lacking a little cohesion and breeding. Competently made but not triggering my olfactory senses. Drink from 2007.

1982 Trotanoy 96
Now this is a great Trotanoy, the first of a trio poured directly from the cellar of Robert Parker. Just a gorgeous, distinctly Pomerol nose with notes of blackberry leaf, sous bois and a touch of dark chocolate. The entry on the palate is a little linear at first but well-balanced, irony with fine acidity. A svelte texture; iodine coming forth with aeration and an earthy, black olive finish. This particular bottle is comparatively backward, but undoubtedly a great Trotanoy. Drink now, but will last 15 or 20 more years.

1982 Chateau L’Evangile 89
To be honest, this L’Evangile was outshone, sandwiched between Trotanoy 1982 and Lafleur 1982. The nose is relatively one-dimensional with notes of blueberry, cassis and dark chocolate with little secondary aromatic development. The palate is full-bodied, tight and tannic with a very sweet core of red fruit. Tobacco and a touch of green pepper on the finish. Lacks persistency, penetration and is rather predictable. Drink from 2007-2012.

1982 Lafleur 98+
A deep garnet core that is more opaque than Trotanoy or L’Evangile 1982. A stunning nose explodes from the glass: dusty black fruits, dark chocolate, cassis and a touch of kirsch. Very complex and engaging. Like many Lafleurs, the palate is ferociously backward and tannic, to the point of this wine being almost disagreeable at this particular moment. The 1982 belongs in the same class as “anachronistic” legends such as the Lafleur 1978 or 1979. You could almost mistake this for a Left Bank wine, a Saint Julien. A behemoth of a wine, perfectly stored bottles of 1982 should remain tucked up in their cellar for at least another two decades, whilst you can enjoy the 1983 or 1985 instead. Good things come to those who wait. Drink from 2006-2050.

1982 Mouton Rothschild 98
Apart from the bottle served at the chateau in 2003, this is the finest Mouton 1982 that I have had. A ravishing, voluptuous nose of blackberry, cassis and oodles of glycerine. Then scents of tobacco and cedar evolve with time. The palate is full-bodied, perfectly balanced with a faint savoury, meaty element that I have not encountered previously, a hint of roasted chestnuts with a slightly grainy texture on the finish (which add dimension to this multi-faceted wine.) This is a superb example of a legendary Mouton. You could actually enjoy a bottle now of leave for 10, 20 or even 30 years.

1982 Latour 99+
Deep garnet hue. A very tight, obdurate nose of blackberry, cedar, pencil-lead and tobacco. The full-bodied palate is regal, conservative, tannic and masculine. Incredible weight and intensity, with great balance and focus. This bottle is not even considering its plateau of maturity. The more serious, introspective cousin of Mouton-Rothschild 1982.  Drink from 2016-2050.

1982 Chateau Margaux 95
The first of three First Growth 1982’s served by Robert Parker. This has an ebullient nose of blueberry, cassis and violets in bloom. Superb definition and vigor. The palate is full-bodied, fleshier than either Latour or Mouton 1982 with good acidity and harmony. Black cherries, black olives and iodine vying for attention of the long, sensuous finish. A lovely wine Margaux drinking perfectly now, though it will last another 20-30 years.

1986 Coutet “Cuvée Madame”  95
A pale golden hew. The nose is subdued at first, but then revealing tropical fruit, linseed and honey. The palate is not fully evolved despite it being 20 years of age. Very unctuous with notes of almond and kerosene on the finish. Redolent of a fine Yquem, this is yet to reveal its true character so leave for another 5-8 years.   Drink from 2015-2035.