With the release of her latest album, Words, earlier this year and the recent launch of her record label, Born to Fly Records, Sara Evans is poised for a dynamic next chapter in an already impressively long, relevant career. This year marks the 20th anniversary of her debut album’s release, Three Chords and the Truth, an album that all but cemented her position as a relatable icon of country music. Her third album, Born to Fly, released in 2000, demonstrated that Evans has a knack for the unpredictable by bringing famed drummer Matt Chamberlain (Edie Brickell, Fiona Apple, Tori Amos) on board to add a Seattle-based, grunge-inflected vibe to her country music sensibilities. The combination proved to be a winning one, and launched Evans into the country music stratosphere. Since then she has released seven additional albums, co-written several novels with Rachel Hauck and launched a lifestyle blog, A Real Fine Place. Recently I sat down with Evans to chat with her about her childhood, her new record company and what it’s like when a child leaves the nest:
RH Drexel: You were born in Missouri and you have this very mid-western aura, if you will. That is to say—and of course this is a generalization—but you have a very down-to-earth way about you. How has being from Missouri informed you as a person?

Sara Evans: Being from the Midwest kind of keeps you humble because everybody’s very hardworking. There are a lot of people doing mostly blue collar jobs. And I’m from a really small town of about 1,200 people, and not only am I from a small town, but I grew up on a farm, which was way out in the middle of nowhere. So we were taught a very strong work ethic. We grew up in a town where everyone knew everybody else. We supported one another. We were all kind of the same. No one had a lot more than anybody else. That made me grounded. I still think of myself as just a farm kid and a small town girl.
RHD: You started performing when you were very young. You were singing when you were just a little kid and performing regular gigs by the time you were 16. Now you daughter, Olivia, is singing back up on your new album Words. Did performing with her bring back memories of when you were performing as a kid?
SE: I’ve been singing since I can remember. I was four years old when I started. And, my kids grew up on the road with me. They don’t have any memory of not being on a tour bus. Not doing this life. Not being back stage. Not seeing me perform. They view the band and crew as their uncles and aunts…and some of them are their uncles and aunts! So I don’t know if it brought back memories, but it definitely made me so proud. And so thankful that they all got the gift of music. My son, Avery, is also going into music as his career; he’s a guitar player. It’s very exciting for me to watch. I can also offer them help and advice from what I’ve learned.
RHD: It’s so nice to see your face light up the way it does when you talk about your kids.
SE: Oh, my gosh. They’re everything. 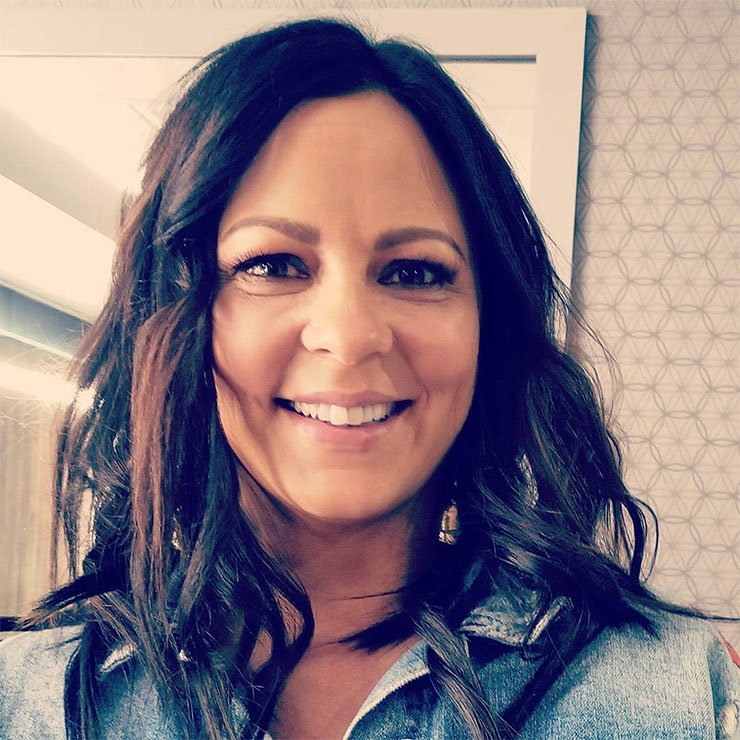 RHD: You launched your own record company, Born to Fly Records, this year. That has to have been kind of scary. And also empowering. How’s that going?
SE: It’s interesting because it’s not something I ever thought I would do. I have always thought I’d eventually go into producing other artists, or have a publishing company and sign writers, or help develop artists. But I never really thought I’d have my own record label; it was just the way things happened over the last few years. The country music genre has changed so much, and has essentially stopped playing females on country radio. It’s one of those things where, because we were at the end of my deal with RCA – and I had a long, great career with them loved working with them – but when you’re facing the fact that radio just isn’t that interested in playing females right now, that kind of changes your dynamic with your label. It can become a blame game. Everyone can get stressed. So I talked to my manager, and he told me there were several artists who were creating their own record labels and then partnering with someone to distribute. So that’s what I did. It’s been going really well so far. It’s not like I’m in an office, in a big building in Nashville with a sign that says “Born to Fly Records”, but maybe someday.
READ MORE: MusicTalks with RH Drexel
RHD: Your son Avery is just about to leave the nest. Do you have any words of wisdom for parents who may be going through the same thing?
SE: I don’t know that I have words of wisdom yet because I’m literally in the middle of it right now, but he plays football and he just had his last regular season game last night, so there have been a lot of “last” moments this year with him being a high school senior. Sometimes I’ll wake up and have an all-out panic attack, realizing that my relationship with Avery is about to change forever and will never be the same again. But then, at the same time, I know we’re so close and we always will be.
RHD: I’m totally digging your new album, Words. “Make Room at the Bottom” is such an amazing song. I think it’s one of my favorite tracks off this record. You sound a bit like Emmylou Harris on that song.
SE: That’s a huge compliment.
RHD: I think Ashley Monroe wrote that song, right? She’s amazing. For songs that you haven’t penned yourself, what’s your criteria for choosing a song? What grabs you about another writer’s work?
SE: I don’t know. I can’t say. It just has to grab me. I just have to love it. It’s the same reason anyone loves a song, or a book, or a movie. Or an incredible episode of a television show you’ve been watching non-stop for two weeks. That song just hit me in strong way. It could have been because of something I was feeling or going through at the time, but I just felt so connected to it. And a lot of other people connect with that song, too. I think it’s because life can be really, really hard, no matter who you are. We live in such a strange world and there are a lot of demands on us – especially as women…as wives and moms, career women. Sometimes we just feel down. It’s kind of a sarcastic song, because it’s saying, ‘make room at the bottom’ because I’ve hit rock bottom.
RHD: It’s got a cool ‘70’s vibe to it, too, which I love.
SE: It does. I like that too.
RHD: So you’re going to be on the Macy’s Thanksgiving Parade this year. My wife and I try to watch that every year. Because you’ll be performing, have you made plans for a pre- or post-Thanksgiving dinner?
SE: We’re going to New York early Wednesday morning…my husband and three of our three kids. We’re going to see Wicked that night, then we’ll do the Thanksgiving Parade, and then probably just order room service because we’ll be exhausted. We’re staying at the hotel until Saturday, flying home late Saturday night, and then Sunday we’ll have our big Thanksgiving Dinner at home.
Tune in to watch Sara Evans perform live on the Macy’s Thanksgiving Day Parade November 23rd on NBC (9:00 AM in all time zones).

From Anna Maria Island to Calistoga: The Odyssey of Seth Cripe

Old souls have a way about them: they’re at ease, they’re empathetic, they’re suspicious, they pay attention. Comfortable navigating interior and multiple contradictions, these rare birds are interesting to be around. When I meet Seth Cripe for the first time, my immediate sense is that he possesses an old soul. One superpower of old souls is their ability to be seen and to see others; they see themselves as a part of the world, rather than apart from the world. Suspending my aversion for a moment for woo-woo type New Age jargon, I feel seen as a human being by Cripe the first time we shake hands.  I meet up with Cripe, 41, at the LOLA house in downtown Calistoga, the headquarters and tasting room of the LOLA brand which Cripe founded in 2008. By turns guarded and unguarded, Cripe shows me briefly around the small brick home where he receives customers, before we hop in his car and take off to visit a few of the vineyards from which he sources fruit. Mutually comfortable with silence, we drive along Napa Valley’s famed Hwy. 29 for a time, enjoying the crisp, verdant morning, not speaking at all. Cripe finally interrupts...

R.H. Drexel sits down with the country band to chat about their new line of canned wines.