I can never remember the so-called wisdom dispensed by the Old Farmer’s Almanac of Piedmont. If a vintage is good for wine, is it bad for white truffles? Or does a bad truffle year mean a good year for wine? I can’t get it right. All I know is that the 2017 growing season had been shaping up to be really bad for both wine and truffles.
In the weeks leading up to truffle season in Piedmont, local newspapers sounded the alarms. Truffle hunters looking for the elusive Tuber Magnatum Pico (the great white truffle) feared that this year would be one of the worst ever. Weeks of drought and torrid heat left hunting grounds bone dry with soils hardened like concrete. It was impossible to think truffles could grow at all. Experts estimated that the truffle harvest was down by 50 percent in 2017.
“That’s why I bought first and asked questions later,” says Federico Ceretto of the eponymous winery that operates in Piedmont’s Barolo wine region. He points to a beautifully symmetrical white truffle of Alba, the size of a halved grapefruit, displayed on a linen napkin. “A hunter showed up at our restaurant door this morning and showed me this truffle. I bought it on the spot because who knows if I will see another that big this year.”
The Ceretto family owns the three-Michelin-starred restaurant Piazza Duomo located on one of the main squares of the cozy town of Alba. This is where chef Enrico Crippa produces his signature culinary creations, many of which are garnished with fresh cut flowers and sprigs from the garden. On this occasion, Crippa and his staff prepared a lunch specifically for Robert Parker Wine Advocate and our guests at the Ceretto winery. We set tables up in the winery tasting room and a temporary kitchen was created in a small room behind at the back. 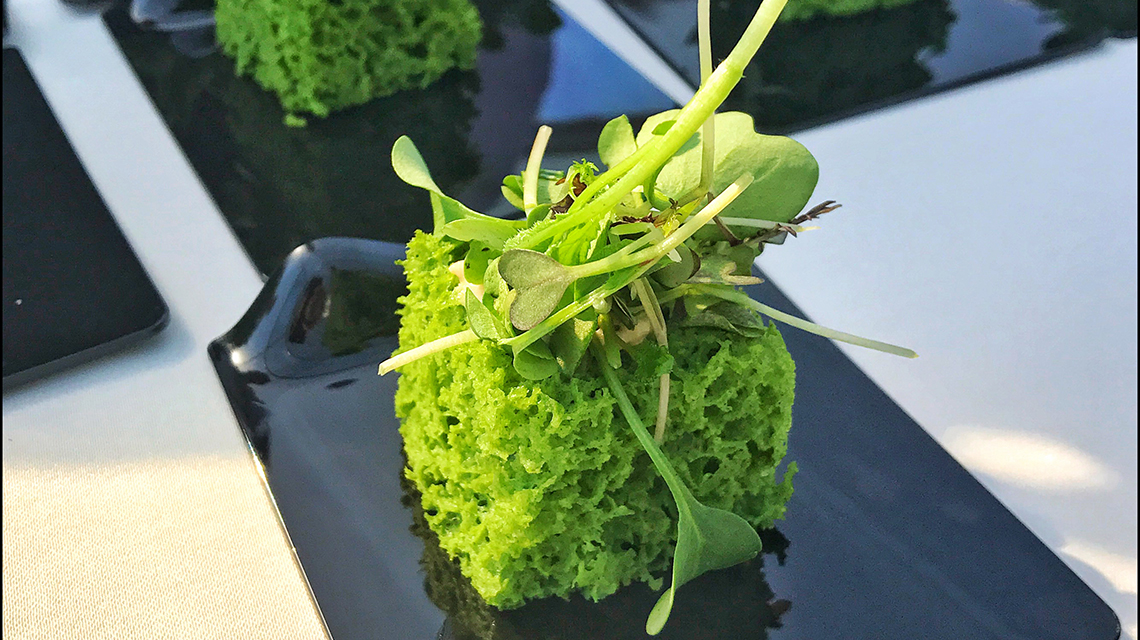 Our Ceretto winery lunch started off with a refreshing glass of Rocche dei Manzoni NV Cuvée Speciale 185th Door sparkling wine with welcome canapés. These delicious bite-sized treats greeted us inside an enclosed bubble-shaped balcony that extends far over the vineyards. It awards stunning views of the Langhe mountain landscape. My favorite finger food was a spongy bread-like creation that was colored a neon shade of green and topped with fresh garden herbs.
We were served the accessible Ceretto 2016 Langhe Arneis Blangé as we sat down to lunch. Made with the local Arneis grape, this is a powerful motor that drives the Ceretto brand. Production numbers are huge and the wine is immensely popular in Piedmont and abroad. It’s not a particularly important wine, but it is fresh and satisfying nonetheless. Because the Ceretto family created the day’s menu, we happily paired estate wines with the various courses severed.
An interesting dish of potato cream topped with Lapsang Souchong (a traditional black tea from China) was served next. We paired it with the beautiful Ceretto 1996 Barbaresco Bricco Asili. The wine is enjoying a perfect moment in its drinking trajectory and the aromas peel back to reveal delicate tar and licorice. 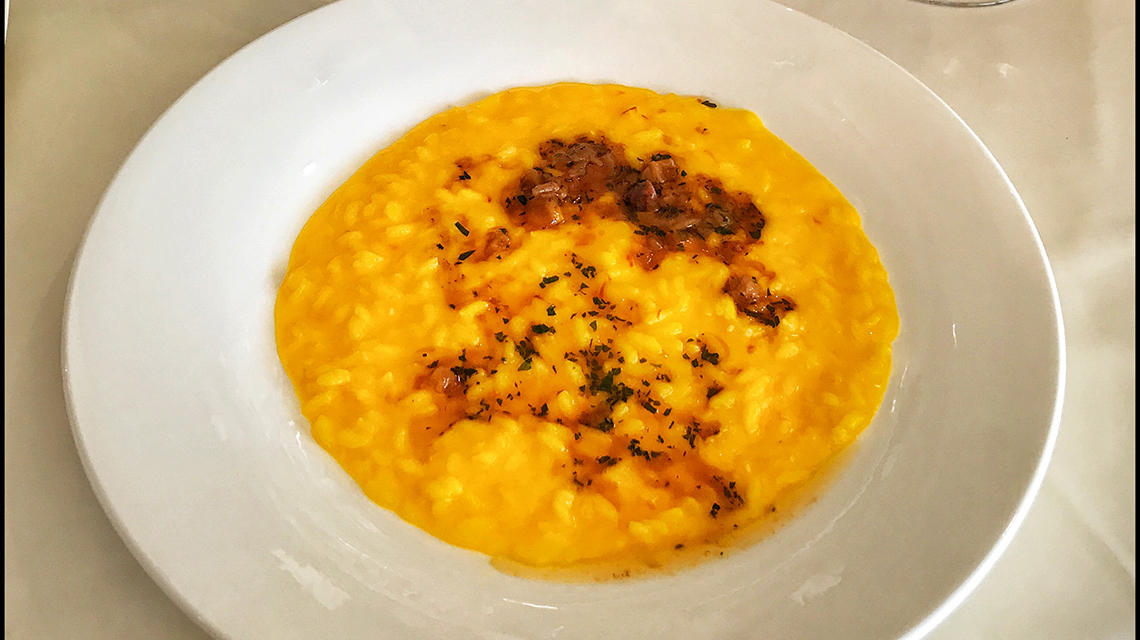 Next came a creamy risotto of al dente rice kernels that were held together by a delicious saffron sauce. Reduced bone marrow liquid was dropped carefully over the dish. We paired this course with a young wine: the Ceretto 2010 Barolo Bricco Rocche. The prominent primary fruit elegantly contrasted the piquant spice of the saffron and the saltiness of the bone marrow jus.
The next course saw slow-cooked braised veal cheek paired with Ceretto’s 2006 Barolo Cannubi San Lorenzo (served from magnums). This gorgeous Barolo is just going to market now, with an extra decade of cellar aging completed back at the winery. The wine is nuanced and silky with a beautiful delivery of aged Nebbiolo flavors. The effect is ethereal and bright.
And what happened to that huge white truffle you ask? It was served fresh in razor thin slices over every dish we ate. It colored all the stunning flavors of the day and enhanced every decadent drop of Nebbiolo we so happily consumed. So was 2017 a good year for wine and truffles? It certainly was for me.