A Mixologist on a Mission with 'Understanding Mezcal'

Mezcal (or mescal) is having a moment. And so is regional Mexican cuisine. Talk about timing. Mezcal expert Jay Schroeder—partner/beverage manager of Chicago's Quiote, a Bib Gourmand-designated restaurant, and adjacent mezcaleria Todos Santos—is in the right place at the right time with the publication of his primer on the spirit, Understanding Mezcal.

Mezcal is still somewhat of a niche spirit, but it's popularity is growing rapidly. "Ten years ago it was hard to find it in a corner bar," says Schroeder. "Now most bars have at least a few," and the rare one has the kind of selection previously devoted to single malt Scotch. Rick Bayless's Leña Brava has 165 selections and offers Rick's Picks Agave Flights, and his Bar Sótano has been called a "mezcal mecca." 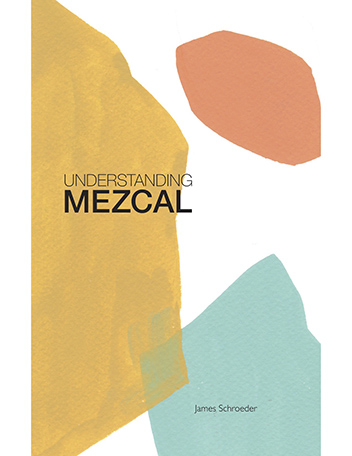 Schroeder studied at the feet of the Bayless after he got bitten by the mezcal bug while working at Chicago's now defunct Mercadito. "I didn't find mezcal, it found me," he says. "I tasted it [and thought,] 'I don't know what this is but I like it.'" During the years Schroeder spent as chief mixologist at Topolobampo, Frontera Grill and Xoco, he was able to travel on the work study tours Bayless leads for his team to Oaxaca, the Yucatan, Mexico City, and Guadalajara. "I can tell you at least three specialty dishes from each of these places," he says. He still travels as often as possible to various regions of Mexico.

And so it goes that a boy from Indiana is on a mission to educate both professionals and consumers about the world of mezcal. The Amazon book description sums it up perfectly: "[Schroeder] puts all the pieces of the mezcal puzzle in one place."

If you hear the words varietal and terroir, thoughts immediately turn to wine. Not so fast. These terms are now being applied to mezcal. It's no longer enough to be a connoisseur of wine, craft beer, coffee, cheese and what have you, there's a whole new world of mezcal demanding attention.

"I want to take you from 101 to 401 real quick," Schroeder says. "I wanted to encapsulate it and hand this book to my mother so she could understand it—and she doesn't even drink."

The most common confusion is between mezcal and tequila. "Tequila and mezcal started life the same. Both are from the agave plant and were both originally made the same way, but tequila went modern. It's softer, rounder. Mezcal is the spirit time forgot. It's made like it was 400 years ago," Schroeder explains. That means the piña is roasted in an earthen oven, put in water in a tank and allowed to ferment. "The average [batch] is made in a backyard," Schroeder says, which accounts for some of its artisanal appeal. "It's made from Sonora in the north to Oaxaca in the south, but many of the traditions emanate from Oaxaca. The state of Oaxaca is the second poorest state, so it's good for its economy."


Tequila is only made from the mash of a blue agave. It can actually be considered a varietal of mezcal, which can be made from many different agaves and will have a taste of the terroir where it was made.

"Where tequila sings a gorgeous solo, mezcal rises with a thousand voices, each unique but blending into the glorious chorus of tradition," Rick Bayless poetically writes on the Leña Brava menu.

Mezcal can be sipped but its haunting smoky flavor also works well in cocktails. Schroeder concocts one with mezcal from Guerrero, cantaloupe purée, Prosecco, green Chartreuse, lime juice and cassia bark (cinnamon) syrup. Another cocktail comes in the form of mezcal and Cognac, pineapple, green cardamom, lemon juice and clove.

‘Tis the Season for Giving: Special Discount on New & Gift Subscriptions to RobertParker.com

During this holiday season, we’d like to spread a little more cheer with one final special offer: a 25% discount on new subscriptions to RobertParker.com!

This annual award recognizes wineries that are leaders and, in many cases, pioneers of sustainability. Whether it’s moving away from herbicides and pesticides, embracing biodiversity or attaining carbon neutrality, sustainability has many faces.